Mrs Cooper and Mrs Stayt teach in Jeffers, along with Mrs Walker as our class Teaching Assistant.

Did you know we are called Jeffers Class after the author Oliver Jeffers? When we first joined Jeffers Class, we really enjoyed reading some of his books, including 'Lost and Found', How to Catch a Star' and 'A Little Paper Caper' We like it that Oliver Jeffers is an author, as well as an illustrator. His books teach us about feelings and friendships- things we think are very important in Jeffers Class.

Following our first English lesson where we were introduced to Barnabus (half mouse, half elephant), we worked hard to write a non chronological report on our perfect pet which we created by blending together two different animals. We wrote about what they would look like and we tried to use interesting adjectives to describe. We thought of subheadings to make our writing structured and clear to read for the reader. We included some of our learning from Science when we wrote about what our pet eats as we thought about whether it was a carnviore, herbivore or omnivore. We also drew a diagram to show what our pet looked like, adding captions to provide more detail.

We knew that this writing was going to be entered into a competition, so we thought clearly about the editing process and how we could improve our writing, doing so with our purple pens and dictionaries to support. Finally we wrote up our piece of writing using our edits and making sure we presented it beautifully.

Everybody in the class worked very hard to produce their best piece of writing and there were some wonderful perfect pets which had been invented!

In our celebration assembly in school, we were thrilled to find out that four children from Jeffers class had been recognised for their achievements in the first stage of the competition.

Kyle and Abi received certificates for being the 'Best Writers' in the class, Scarlett was the person who showed the most progress in her writing and Tony showed the most perseverance when working. A massive well done to those four children, we are very proud of you.

In PE, we have been thinking about balances and creating sequences with them in our gymnastics lessons. We have learnt about points and patches balances using different parts of our bodies, as well as incorporating pike, straddle, tuck and dish shapes. We have been travelling in different ways and working both on our own and with a partner. Today we were mirroring what our partner did so we had to use our learning power of working together. 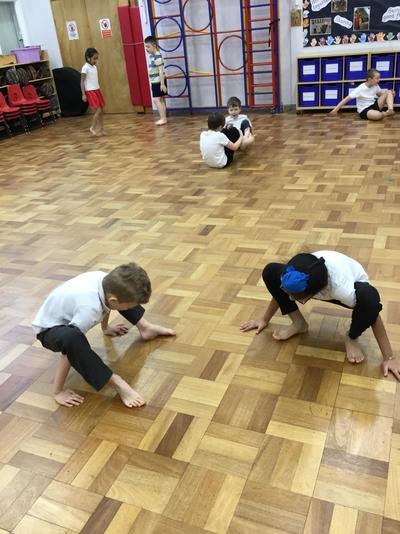 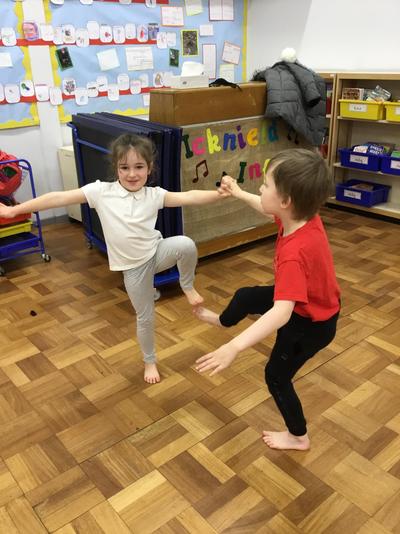 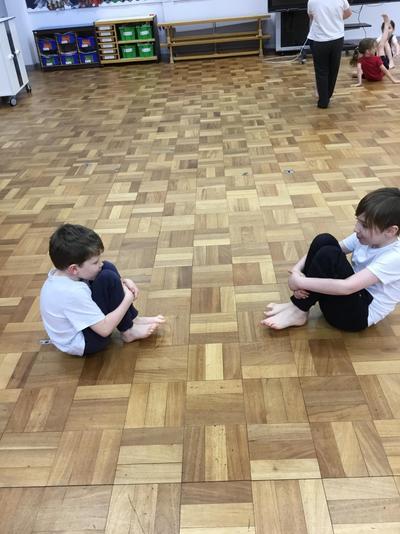 On the first day back of school in 2022, Jeffers were surprised to find that when they arrived for assembly, the hall looked rather unusual. There were empty jars on the floor, a half elephant and half mouse creature was inside one of the jars. There were signs on the floor which said 'fail' and scientific equipment scattered too. Jeffers showed the virtue of curiosity and started asking questions to find out more. Who was that creature? What was he doing in the jar? Who made the mess in the assembly hall? What has failed and why are there test tubes on the floor?

When Jeffers returned to class, they found a new story book had arrived in their role play area which had turned into an underground science lab. The book was called The Barnabus Project and they found out that the half elephant, half mouse was called Barnabus and he was a failed creation who longs to escape from his jar and see the world.

The children are very excited to find out more about Barnabus and their learning in Science and English this half term will be related to this text. 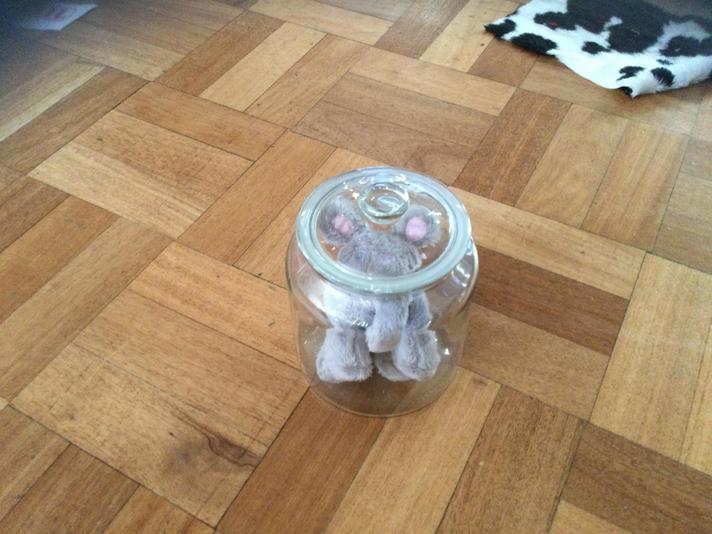 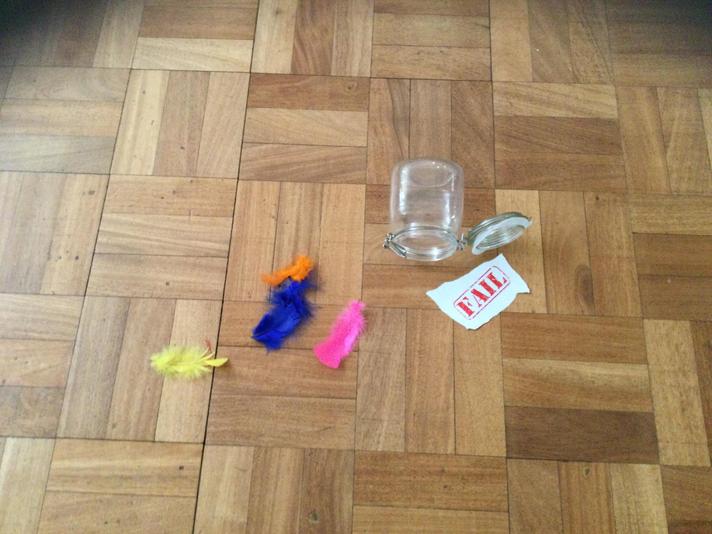 We designed some of our own failed animals which included the body parts of two different animals. We then came up with funny names for them which blended the two animal names, such as an Octocat which is half octopus and half cat. We are enjoying reading the flip flap books to create new animals and we are using the learning power 'imagination' to help us create the new failed animals. We also loved using the Chromebooks to access a website which allowed us to create animals with three body parts and we could also do some research about the animals too. 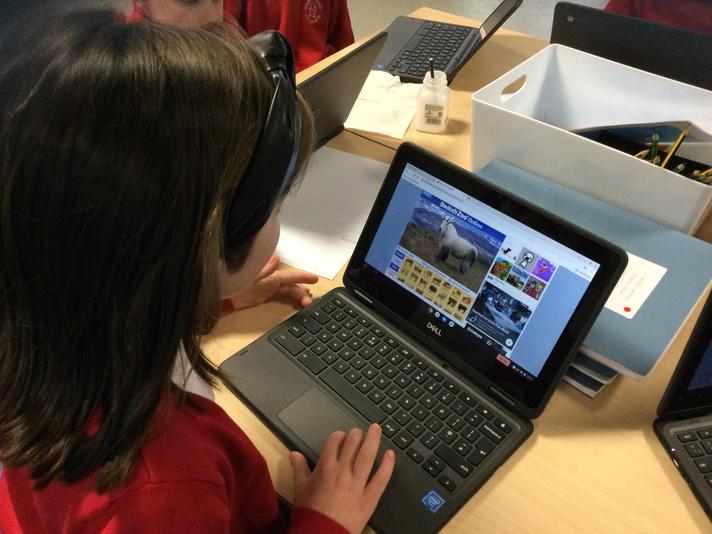 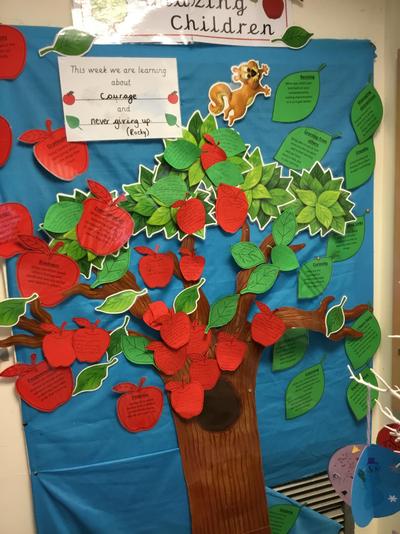 In History we have been learning about the decades and we have created a timeline in the classroom to show significant events from the past. We were curious like Little Brown Mouse to find out about how Christmas was celebrated in a different decade and we had lots of questions we wanted answers to, such as did people in the past have Christmas trees? Did they eat the same Christmas lunch as us? What were the presents like? Did Santa send elves down to watch the children behave in the past?

Luckily, Mrs Fulcher was able to share her experiences of Christmas when she was a child in the 50s and she talked to us about her family's experience of Christmas. Jeffers were fascinated to find out she didn't have a fridge to store the turkey in. Instead they had to keep the turkey under the house to keep it cold! She also shared what some of the Christmas decorations were like that she enjoyed making as a child. Thank you Mrs Fulcher for being so informative and answering our many questions! 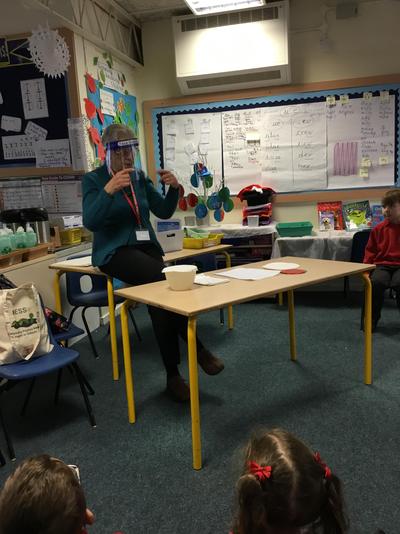 Christmas at Icknield is always so much fun and this year we celebrated by creating lots of pieces of art work. We used charcoal that we created in Forest School, to draw the other half of our faces for our calendars. This was quite tricky so we had to use the learning power of perseverance to keep going. We also created clay reindeers and we added detail to the antlers by using twigs that we collected outside. We had to show the virtue of determination when the antlers didn't want to stick easily into the clay! Luckily, some of our adults from home came to work with us to make these on Christmas Decoration Day which we loved because it was great to show them how we work in Year 2. 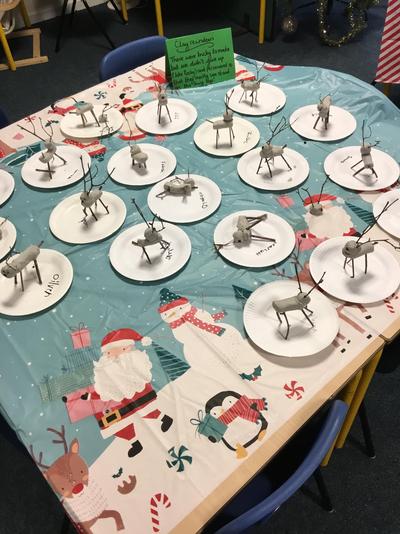 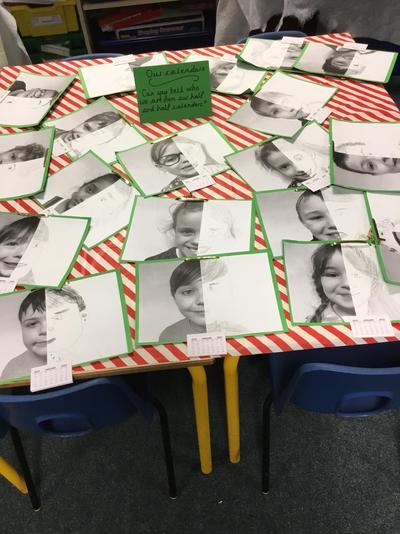 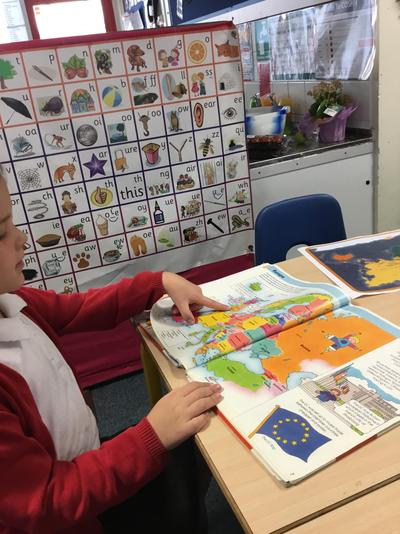 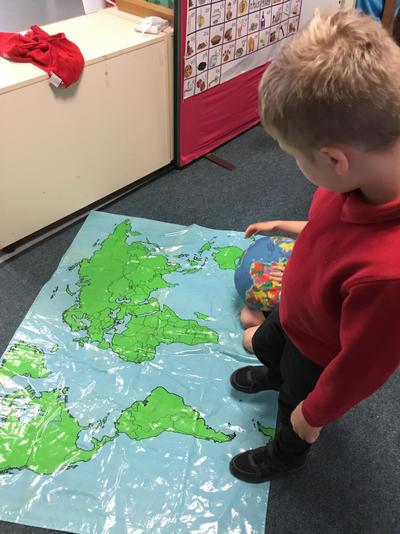 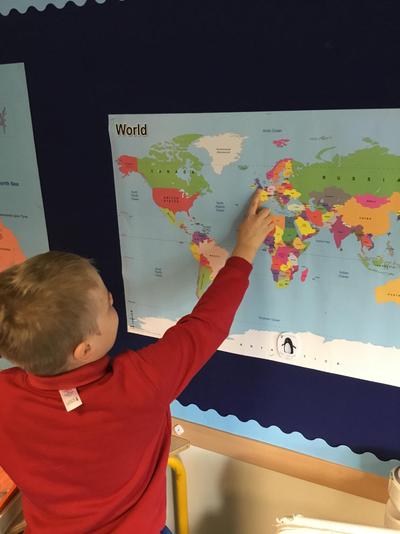 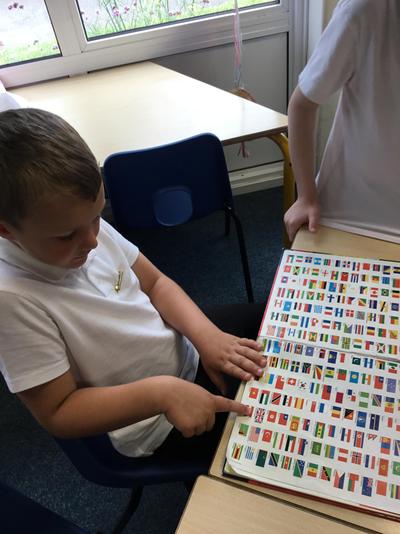 We love spending time outside and it was great fun to create self portraits of ourselves using materials that we found in our school grounds.

Our 2017 Ofsted inspection commented - that we still provide good quality education & a stimulating & caring environment. Individual needs are well met & children quickly grow in confidence. There is a positive culture for safeguarding & pupils said that they feel happy & settled in school.

"I am amazing. Together we are magnificent!"

Unfortunately not the ones with chocolate chips.

Some cookies are necessary in order to make this website function correctly. These are set by default and whilst you can block or delete them by changing your browser settings, some functionality such as being able to log in to the website will not work if you do this. The necessary cookies set on this website are as follows:

Cookies that are not necessary to make the website work, but which enable additional functionality, can also be set. By default these cookies are disabled, but you can choose to enable them below: